To get to Budapest this time around we decided to a take a legit night train. It was a total of ten hours and we slept in a couchette. Basically it was like 3 couch bed, stacked on each side like bunk beds. Lucky for me I got to take on of the very top beds, which was fine when I was laying down but you couldn’t sit up straight because of the ceiling so it was an intense hunch that was very uncomfortable.

Even still, I’m glad we got to experience it, it was kind of fun actually, to know you were sleeping on a moving train and woke up not only in a different city but in a different country. And it definitely didn’t feel like it took ten hours so I’d say it was a success.

We got into Budapest well rested and drop our bags at the Airbnb, which again worked out lovely. After freshening up we headed out to see the city. We grab lunch at some place nearby…it said traditional Hungarian food, but who knows. Then we stopped at the market, which was incredible. The first floor was like a grocery store and the second floor was everything from souvenirs to clothes and accessories. The whole thing was open too.

Afterwards we spent the rest of the day walking the city. When we turned the corner to walk along the river I was in shock because I did not expect to see this beautiful mountain and all these ornate buildings visible in the distance. I was taken aback by the beauty I found around every corner in Budapest.

Even though Hungary is a second world country, when you’re in Budapest you don’t get that vibe, in fact instead it seems like a very royal place with all the incredible architecture that can be found.

I should also mention that we had been planning all along to get fish pedicures in Budapest. We just decided that that was the place we wanted to get them done. Now, I am deathly afraid of fish, my phobia goes back a long ways but I do not like them and the thought of them touching me…..but I told myself that it was time I face my fears so I said I would do it.

When we got there, they couldn’t take us all at the same time, and so I obviously opted not to go first because I wanted to see what it would be like first. Omg the way those fish attacked their feet I was like hell no. So I didn’t do it because there was and is no way I’m about to watch fish eat me. Sorry not sorry but I’m not about that.

Call me a loser, a wimp or whatever you’d like really….maybe one day I’ll finally face my fear but the day in Budapest was just not that day. 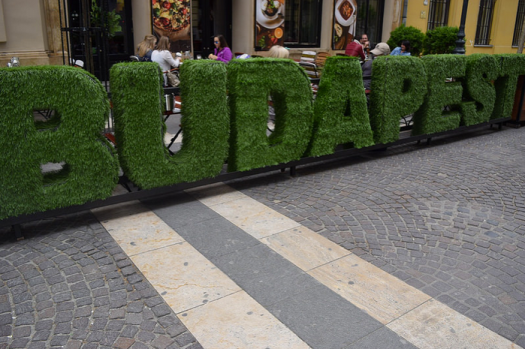 One Reply to “the beauty in budapest”