So if you read the last post then you know that the train ride to Zurich sucked pretty bad. We boarded the train at 2:30am and that got us into Zurich at around 8:00am. Because we’d already been up half the night waiting for the train, we didn’t get much sleep once we got on the train either. And by the time we arrive in Zurich we were going on about >2 hours of sleep. The only redeeming thing about the ride was that the views were absolutely stunning. The mountains we were riding through were so picturesque.

But anyways, we got into Zurich and becasue it was fairly early in the morning we couldn’t check into our hostel yet. So that meant no sleep for us anytime soon. Instead we opted to keep ourselves awake and do a free walking tour of the city (we even got a free brownie for doing the tour). Lucky for us the city isn’t super big so it didn’t tire us out too much more. And the tour was really great. Zurich is such a beautiful place and the people there were so classy. Literally everyone was dressed to the 9s and I loved it. There were also a ton of pregnant woman….seriously every other woman we passed was pregnant. Must be a good place to raise a family….I’d totally live their one day it was so perfect.

We spent the rest of the afternoon sitting on the lake and enjoying the weather and the sun. And we also picked up some Swiss chocolate..it was just alright…seems I’m a Cadbury girl now. And becasue everything is so expensive there, we decided just to go big with our dinner regardless of price. I think we had some traditional stuff. It was good.

Finally we could go and get some rest after a very long day, but since they were having some sort of festival when we were there, they had multiple bands marching through the streets making it very loud. I know if kept the other girls up for a while but I had my earplugs so I didn’t have too much trouble falling asleep.

The next morning before we headed for Italy we decided to treat ourselves one last time to the best Hot Chocolate in the city. And oh my god was it incredible. It was like liquid gold. And I think in that one cup our trip to Zurich/Switzerland could be summed up: expensive, yet left me wanting so much more… 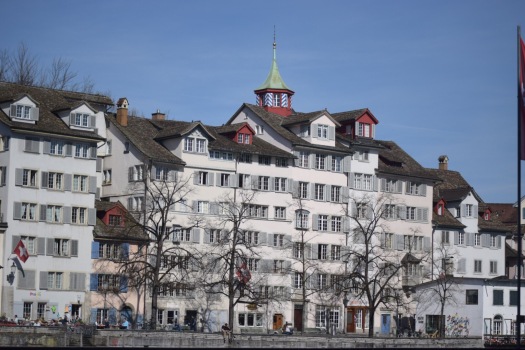 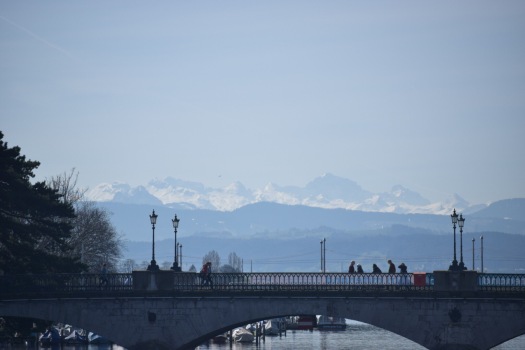 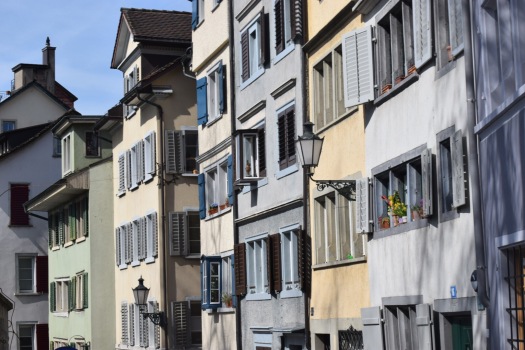 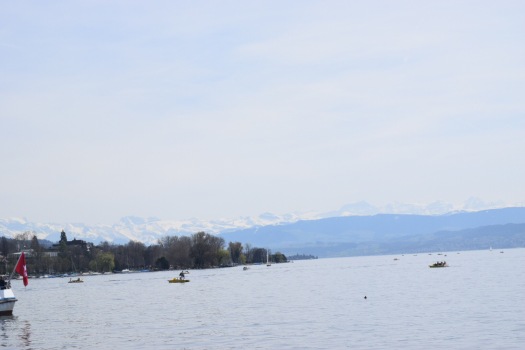 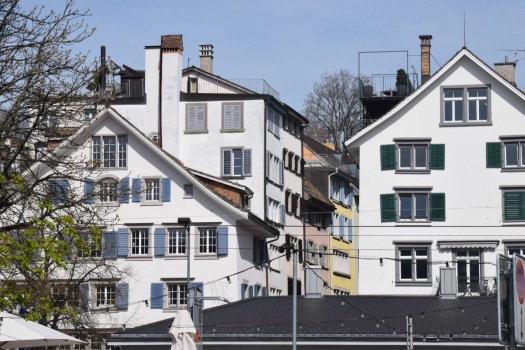 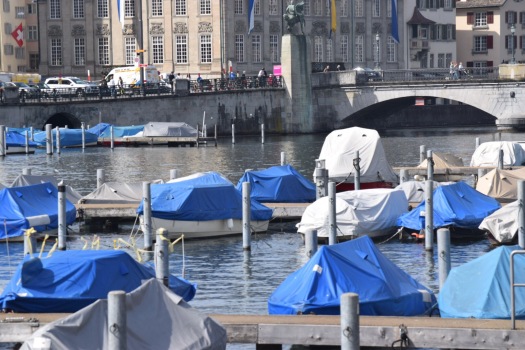