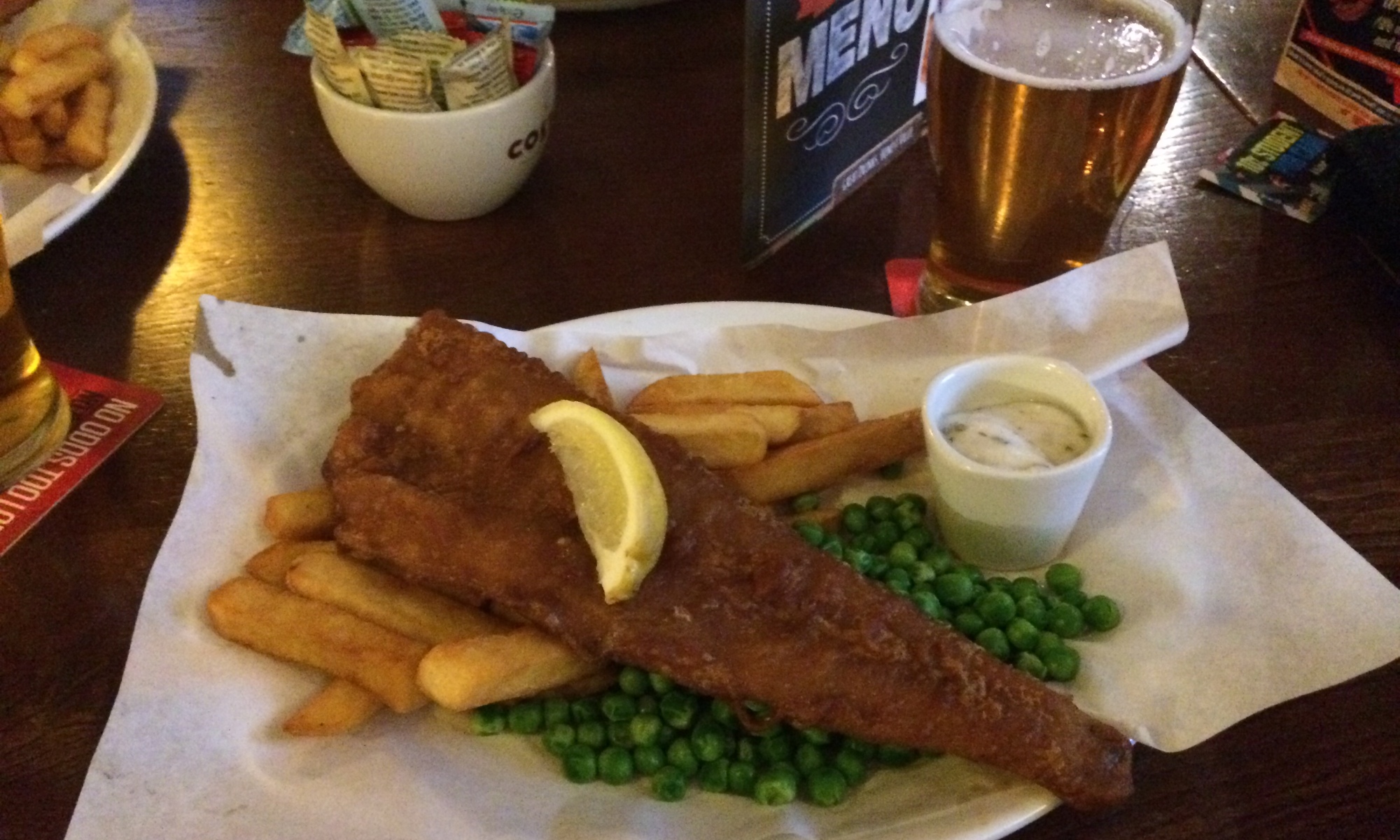 After like 24 hours of no sleep and our last meal having been on the plane the night before around 11, needless to say we were starving Thursday night after we had gotten all settled in.

We had wanted to go to the Old Bar in the Union because we had heard the food there was pretty good. And that way we would be able to walk through campus a little bit and see how to even get there from our flats. Somehow we managed to find our way over there, and it’s really not far at all. I really think it’s a shorter walk than what I used to walk down at U of I.

Anyways we make it to the union and of course the Old Bar is jam packed…there was no open table and it’s kind of like you just find a place to sit, you don’t wait to be seated.

But, this isn’t really the point of the story….so because that place was pack we headed up the street to find another pub. And because we were so hungry we literally picked the first place we found…I think it’s called The Eldon. 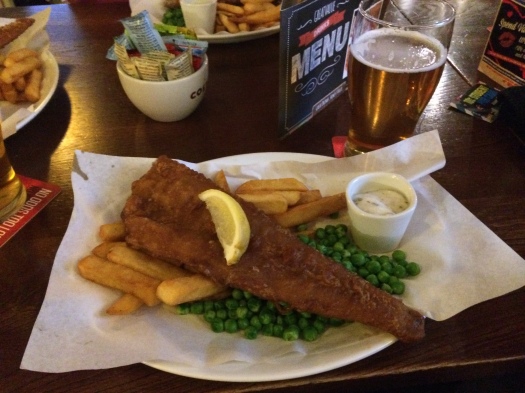 Photo: It wouldn’t have been right if I didn’t order fish and chips as my first meal in England…

We got in and got a table, sat down and started waiting to be served. So….this is where pub rule no. 1 comes into play….

We had sat there close to 15-20 minutes and no one was coming to take our order or anything and of course I’m like “Omg I’m so hungry I’m going to die,” you know just making complaint after complaint. Then we see other people going up to the bar and ordering and we were like mmmmh maybe you have to go up there to order?

Of course I wasn’t about to jump up and be the guinea pig, but one girl decided to just go for it and what do you know…you have to be assertive if you want to be served in England. If you don’t go up to the bar and take matters into your own hands then you will go hungry because they won’t come to you that’s for sure.

Photo: We ended up going to the Old Bar for lunch the next day, after orientation and I got the Mac and Cheese…i think there was literally a block of cheese in it…

Knowing that there was food on the way were all relieved to finally be getting a good meal in. And with that we learned the first of many pubs rules we still have to learn.